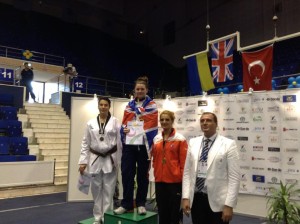 In 2005 the World Taekwondo Federation formed the Para-Taekwondo Committee in an effort to develop and promote Taekwondo to athletes of all disabilities.

The hope that taekwondo brings is limitless, it knows no boundaries and is hampered by no disability.

Chungwon Choue, President of the WTF

Stioke UTA is leading the way in Great Britain by fielding the only WTF Para Athlete in this country at the Present time. 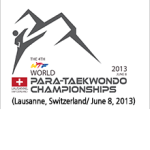 2013 and another great result for Amy Truesdale and Stoke UTA. Amy did fantastically in Lausanne , Switzerland coming away with another World Title Silver Medal! Amy has made History by competing in all the WTF Para competitions since their formation. So far she has won a World Bronze in Azerbaijan, a World Silver in St Petersburg – Russia, a World Silver in Aruba and now the World Silver in  Lausanne.