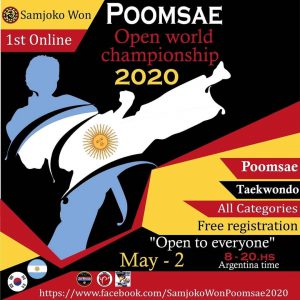 A lifeline has been handed out to our players , during this hard time of lockdowns and tragedy , with competition organisers issuing out virtual online competitions !  Even though not being the same as normal competitions it keeps the players and students motivated and training during this period ! Coach peter Johnson and Stoke Superstar Kacey Titley have rose to the challenge and kept the flag flying for Stoke UTA ! 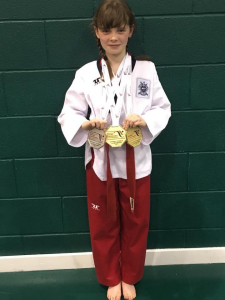 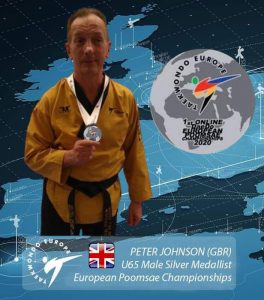 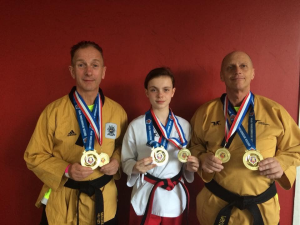 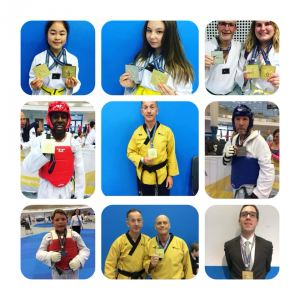 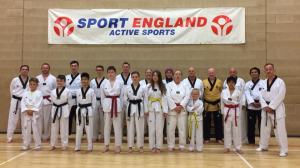 Master Sang -Young Park 6th Dan from Winner Taekwondo ,was invited to Stoke UTA to conduct a technical poomsae Session at the Wallace Centre Abbey Hulton at the Weekend ! As a part of the drive for Poomsae Excellence , Master Peter Johnson 7th Dan World , European and Commonwealth medallist is Inviting the best Technical /poomsae exponents in Great Britain , recently Grand Master Shin 9th Dan conducted a session and this Month Master Park came and delivered a excellent session covering all key points and movement of poomsae  technique ! Clubs from Stoke , Staffs Taekwondo , NTC , Birmingham , Milton Keynes were in Attendance , and feedback from the students was exceptional they all enjoyed master parks delivery of a great session !Stoke UTA is to continue with more sessions to improve its students and friends , with more frequent Sessions from GM Shin and Master Park in the future , and Also Master Martin Smit travelled from Holland to stay for the weekends training and Competition ! Thanks to everyone who supported at the weekend ! 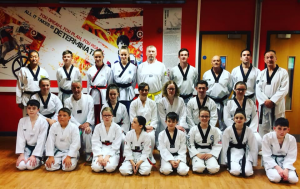 The five hour session was split into two groups Kup and Dan with smaller groups that could get more 1-1 attention and feedback , Although Dan grades could and did stay on for the duration of the session . Nearly five hours of constructive Poomsae and technical training from one of the best coaches in the world ! Clubs from Shins Academy , Horizon , Gajock, NTC and Stoke were all in attendance ! With virtually 1-1 instruction and attention to detail GM Shin covered all the points nessicary to Improve and move forward in technical and competitive Poomsae ! Stoke UTA and the UTA always look forward to these excellent sessions which will be a regular occurrence in Stoke  ! Stoke UTA have World , European , Commonwealth and National Champions in its group both fighting and forms and GM Shin is the main factor that moves our club and the UTA forward ! Thanks to everyone who supported at the weekend ! 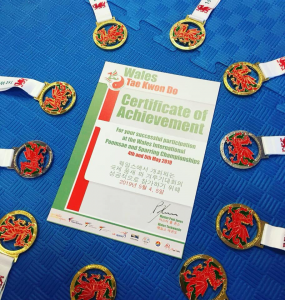 Stoke UTA took eight Golds and Two Silver medals at the 1st Welsh International Poomsae championships in Cardiff over the weekend ! A small team of five players led by Master Peter Johnson 7th Dan coach , Kept up the winning streak and with excellent performances in both Individual and Team divisions bought a haul of Gold back to the potteries ! Both seasoned players and new talent are producing good performances leading up to bigger competitions over the year  ! 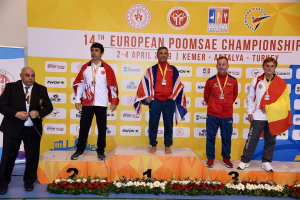 Stoke UTAs Chief Instructor and Coach Master Peter Johnson 7th Dan took a Bronze medal in the European Championships 2019 Turkey ! This will add to his Collection of Titles Including World Commonwealth and International podium places ! I took Bronze at the Last Europeans in Greece where I made a mistake in my form and again this time I made a costly mistake that took me out of a possible Gold position , But I was very Happy with my Performance , Competing at this level and being the oldest in the group , sets me up well for when I move up next year into the O65 years of age group and puts me in a very strong position. I travelled with The GB team which had the most Successful Euros Ever and I was proud to be a part of that team ! 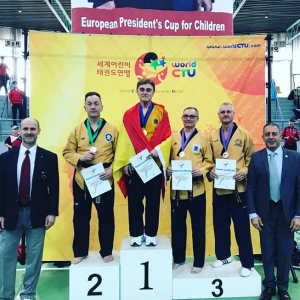 Master peter Johnson Travelled to Stuttgart Germany at the weekend to compete in the Presidents Cup in Singfelden ! In quite a large group he took a silver medal to add to his collection ! The competition is a qualifier for the European Championships later in the year ! 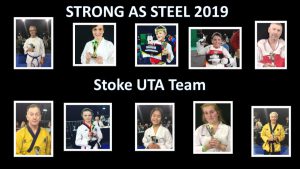 Stoke UTA Taekwondo #stokeutataekwondo Sent a ten strong team to the Strong as Steel championships in Sheffield ! With Teams Competing in forms Poomsae and fighting ! The team came away with a haul of nine Gold trophy’s two silver and a Bronze , with some great performances and fights from our players !