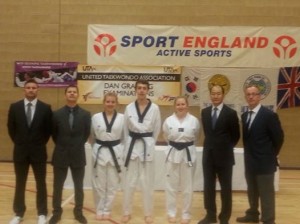 The United Taekwondo Association held its April Dan Grading at the Wallace Centre Stoke on Trent. Clubs and Students from Stoke UTA did a great job on attaining their Dan Grades in the most difficult Dan Grading in the Country. Well done to Bethany Johnson on attaining her 3rd Dan grade, to Calum Johnson for attaining his 2nd Dan Grade and especially well done to Lucy Wilding from the Sandbach Club for getting Sandbach’s first ever Dan Grade!