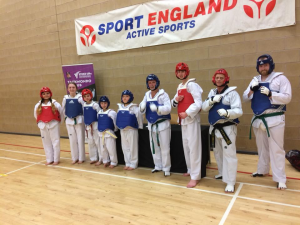 Stoke UTA held its first Kup grading at the Wallace Centre , the grading’s will be all this week at each club with the conclusion next Saturday at the Wallace ! Stoke UTA do only two to Three Gradings a year to keep a good standard in the club unlike some Taekwondo clubs ! We should have around eighty kup grades this week grading and red belts also doing mock grading’s getting ready for the UTA Dan grading in October the UTA only holding two Dan grading’s a year this also ensures a excellent standard in the Organisation !